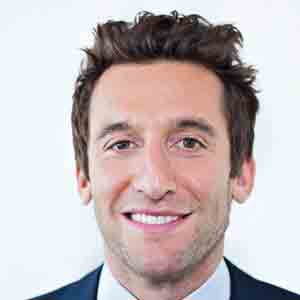 The traditional Initial Public Offering (IPO) structure is being challenged and why shouldn’t it be? No two companies are identical so there is no reason that an IPO should be a one size fits all vehicle. That being said, an IPO is a transformative event in a company’s life and decisions made can be extremely impactful long term.

This year, we have seen a number of companies make meaningful modifications to the traditional IPO structure or in some cases completely scrap it and opt to come public through a Direct Listing or Special Purpose Acquisition Company (SPAC).

But not all changes are good changes. Additionally, the notion of customization is still very new and so much of this early adoption can still be considered experimentation...just to note, the first Direct Listing ever was Spotify’s less than two and a half years ago and the second was Slack’s a year later.

At the time of IPO, it’s important for a company to have a crystal clear picture of its objectives and subsequently the optionality around modifications to then execute on those objectives.

The Objective of an IPO

This should be simple. First and foremost, companies use a public offering to create a supportive and high-quality long-term shareholder base. Decisioning around an IPO is a look to the future with a focus on setting the company up for future success in the public markets.

Once there is an agreement that the objective of a public listing is to attract and retain a new long term shareholder base, then it becomes a matter of structuring a public offering to best deliver on that.

There are other considerations and other things that happen as part of an IPO, i.e. giving existing shareholders liquidity, but they should remain secondary.

The Challenge: all of the voices at the table

This dynamic of loud differing views intensified as modifications to the Public Offering became a reality. Different parties have very different views on the changes that a company should make because they each have different objectives associated with the event of going public.

For example, an early stage venture capital firm that is looking at the IPO as a set up for their sale should have a different opinion than a CEO who is thinking about setting the company up for success over the next decade.

The primary function of an IPO is the allocation of IPO shares to new investors. Success is allocating to the right investors at the right price and retaining those investors as long term supportive shareholders. This will create future share stability and future value creation.

That success can be seen in a stock chart. Putting stock in the right hands best positions a company’s stock to trend up and to the right while minimizing volatility. A healthy stock price with a supportive shareholder base allows companies to successfully sell secondary and primary stock to the market, efficiently utilize its stock as a currency for future acquisitions, and to attract and compensate new hires. A company’s initial public shareholders can play a material part in that.

There are a number of factors that can impact the stability of a newly public stock - the price and size of an IPO, lock ups placed on private shares, early shorting of the stock, and others. In addition to those levers, companies also have the ability to require incremental transparency around investor intent and interest.

Following are a number of items that we recommend companies customize to best fit their own unique needs:

The IPO float is the number of shares offered in an IPO. Historically, companies have issued a “standard” amount of shares based on sector, company type etc. Trading will be impacted by the amount of shares that are freely tradeable relative to the demand for those shares at certain levels. Having too little or too much stock relative to demand can cause some unwanted volatility and an undesirable outcome.

Companies should feel empowered to size their IPO float based on demand for their shares. They shouldn’t hesitate to utilize stock from existing shareholders that want to sell in order to expand their float. While historically that was looked at as a sign of weakness, with the right messaging this can lead to more desirable stock performance.

Historically, companies restrict all pre-existing private holders of stock from public market selling for 6 months - this includes employee stock. Generally, all or at least the vast majority of that stock becomes unrestricted 6 months after IPO. This measure is put in place to increase a stock’s stability in the first 6 months of trading. The negative impact of the lock up is that for the first 6 months, stocks trade on synthetically low volume which creates unstable movements and can put downward pressure on the stock in anticipation of the lockup expiry.

Companies such as DataDog, JFrog, Snowflake, Unity and more have started to modify the lock up to effectuate early lifting of selling restrictions based on trading levels rather than just that 6 month marker. This allows for increased selling of stock as the stock hits certain milestones. This effectively converts a company’s private shareholder base to its public shareholder base more efficiently and allows a company to match demand with increased supply in real time as it’s warranted.

IPO book orders are generally opaque and inflated. Investors place orders far larger than they expect to receive with no visibility into the levels at which they would purchase. A company should strive to get as accurate of an understanding around investors’ hold strategy as possible. As Unity and Google did with their auction based order system, companies can require investors to place price limits on every order. This, along with the notion that a company will expand the size of the offering to meet demand will keep orders realistic and informative and allow companies to make more informed allocation decisions.

Companies can require their banking counterparts to generate intelligence around investors’ previous holding patterns and practices. Banks have been involved in countless IPOs and have data from all of them that they can match against public shareholder filings (13Fs). Banks can tell companies based on previous data which funds are better holders than others. This again empowers companies to make more informed allocation decisions.

Post IPO, new shareholders are currently allowed to loan their shares out to other investors that could look to short the stock. The fix can be made by placing a temporary and or partial restriction on the early lending of shares to short sellers. Simply allow less of it early as a company is firming up its shareholder base.

A public listing is an important event in a company’s life. Decisions made can have a long lasting impact on a company’s public life. Rather than look at it as a challenge, companies should look at it as a significant opportunity to reshape their cap table as well as the narrative. Our message to companies is to not hand off the responsibility to someone else - companies should feel empowered to take control of the process and to exploit the opportunities it creates.

Balance Must be Created Between Applications And Managing Security

By John Beeskow, EVP of IT & Security Strategy, CBI

By Paul Liebman, CCO, The University of Texas at Austin

The Weakest Link Is Your Strongest Security Asset

Security Continues to Evolve as External Threats And Risks

The Evolution of Cybersecurity in the COVID-19 Era

The Key Practices to Reduce Turnover and Shorten Time to Fill...

Are You an Information Security Manager?